IT’S BEEN MORE THAN 18 MONTHS SINCE CRISPI® BOOTS FIRST BURST ONTO THE SCENE here in New Zealand, and I was fortunate enough to be given the very first pair to review; the model we chose from the CRISPI® boot range that suited my needs is called the Valdrez. Since then, I’ve really put them through their paces – guiding in them and also hunting for myself in the same pair exclusively the entire time. 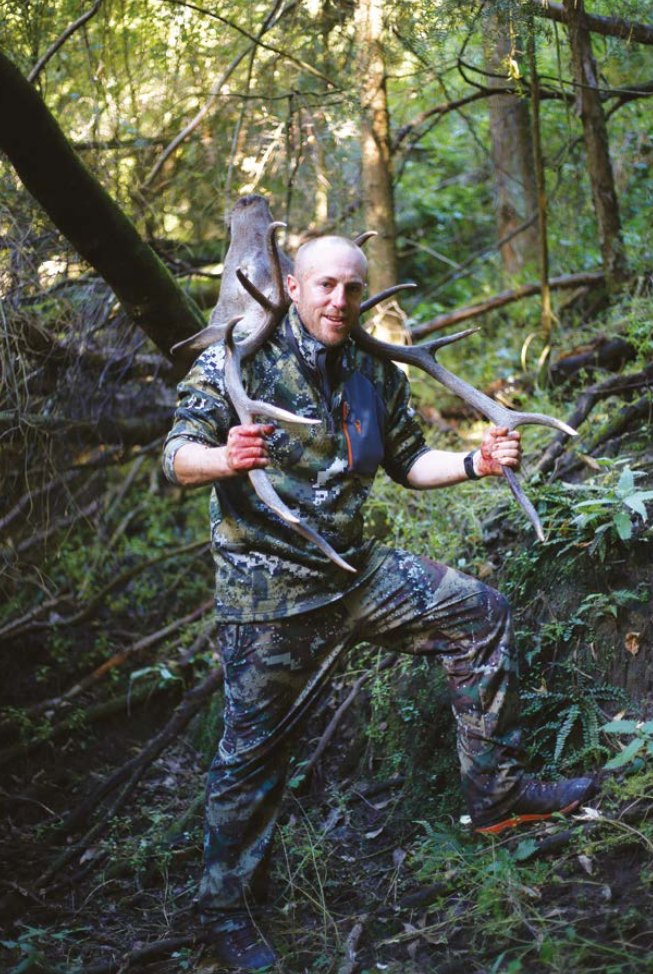 When I wrote the first review, my Valdrez boots were basically brand new and they ticked all the boxes straightaway with everything I personally look for in a hunting boot. I was recently asked a few questions such as: “How’re they going today?” … “Do you still rate them?” … “Are they still comfortable?”
All of those were very good questions, so this encouraged us at NZ Rod&Rifle to do a follow-up article on my boots – this will ultimately give a fairer assessment of how the boots have actually performed and worn since the first review.

It can be a difficult decision for anyone want- ing to purchase boots as there are so many brands out there on the market today; and
the decision is even harder if the boots you’re looking at aren’t a well-known brand, especially when they’re not cheap … and all top-quality boots come with a reasonable price tag.

As a hunting guide, I’m generally hard on my gear and specifically hard on my boots which undoubtedly get more of a hammering in a shorter length of time compared to that of an average hunter; this is purely because guides spend more time out in the hills due to the job. Quality boots are extremely important – they must be comfortable and provide lots of sup- port; most importantly, they need to be able to withstand the pounding that we give them.

A good example of this punishment was the number of kilometres I did in my Valdrez boots over just one week through the heart of the red stag roar earlier this year. My lovely wife had bought me a flash new watch for my birthday that counts how many kilometres I walk; to my surprise I’d done just over 90kms in one week, and at no time did I even con- sider my feet were getting sore! This – in my opinion – is a testament in itself, especially as a few days later, I was off … back out guiding and covering more big distances.

To answer the question, “Are they as comfortable today?” Absolutely, they are! And I’ll go so far as to say they’d be one of the most comfortable pairs of boots I’ve ever worn. From memory, I made reference to how comfortable the Valdrez boots were in my first article, and even today, I notice that after a solid day out hunting, I never seem to be in a hurry to kick my boots off; it’s almost as if I’ve forgot I’ve still got them on – which is another great example of how comfortable they are. Some of my clients can’t wait to kick their boots off, and as soon as we make it back to the hut, they do just that; I’ve even seen the odd pair of boots get thrown as if they were that relieved to finally get them off their feet!

I’m picking that a good part of the comfort factor is due to the technology that CRISPI® have developed for their boots. The one thing that still clearly sticks in my mind about this comfort was back when I first started trying on the different models – they all appeared to be instantly comfortable. This technology by CRISPI® is called AFS (Anatomic Fit System); it’s a concept that wraps around your foot’s shape giving you the feeling of comfort while also offering support and control.

Like I said earlier, hunting guides are particularly hard on their gear, and it’s fair to say that we’d wear boots out faster than an average Kiwi hunter. However, bear in mind the lifespan of a pair of boots is also affected by how well we look after them; like most hunters, when we get home from a long week or weekend hunting, it’s often hard to find the time to clean all our gear. The washing gets done, the rifle gets cleaned and so too the optics – then lastly the boots, which are often the most neglected bit of kit. This is possibly because they’re normally the dirtiest and I’d say – in most cases – normally left far away from the house … mostly to avoid the potential conflict they could cause if seen as ‘those dirty, smelly, horrible things that could mysteriously find their way inside’.

So, after taking a close look at my boots to- day, I’m even more impressed with how well they’re wearing. The Vibram soles show some wear, which you’d expect, but are still in good condition; the toe rand hasn’t lifted or peeled away from the leather, which is great to see. The leather is still supple, and while there are wrinkles appearing in the leather – which you’d also expect – there’s no cracking; I’m also running the original set of laces and they too appear to be in good shape. Another big plus is the inner fabric which is still in excel- lent condition; and no doubt the most impor- tant quality is they’re still waterproof which is bloody fantastic – because no one likes get- ting wet feet, especially when you purchase a pair of boots that claim to be ‘waterproof’ but after 3-6 months, end up leaking! Crispi are partnered with GORTEX which is still clearly one of the best waterproof products today and equally, a top-quality brand itself.

On a side note … about the rand and peeling, which is a common problem area for just about every brand/model of boots at some stage – an area that’s often misunderstood and not always claimable under warranty …
if you already own a pair of boots that has a rand and peeling does or has occurred, don’t just leave it, as it’ll only get worse and can cause bigger problems. Most rands are just glued to the leather at the factory and can be very easily re-glued; it’s not necessarily poor workmanship by the manufacturer if this occurs – it’s sometimes just because of the type of work or terrain they’ve been subjected to. Anyway, it can be easily fixed with quality shoe glue, like Freesole.

“Are they as comfortable today?” Absolutely, they are! And I’ll go so far as to say they’d be one of the most comfortable pairs of boots I’ve ever worn.

Over the years, I’ve had the luxury of trying many different makes and models of boots while out hunting and guiding, and many of them have served me well; some of those brands have, unfortunately, struggled to establish themselves, as it’s a tough ask for any new boot brand to try and stamp it’s claim in an already saturated boot market here in NZ. However, when they offer good quality, outstanding comfort, support, and most importantly, fantastic value for money, then you’ll want to give Crispi some serious consideration next time you’re looking for a new pair of boots. I know when my Crispi boots eventually wear out, I’m definitely replacing them with the same brand.