Each person prefers a certain fit of boot, often specific to the task of the regional terrain’s exposure and temperature range. With that said, I’ve run the gamut of boots, often going through one pair of high-end boots per season. Tired of having to frequently replace boots, I set out to find one that could withstand the rigors of hard backcountry miles.

Often, I travel five miles one way on short scouting trips, with the likelihood of traveling many more during the season. My boots need to be bombproof juggernauts that won’t leave my feet blistered and fatigued.

In short: I used and abused the CRISPI® Nevada Legends through spring hunts and harsh treatment to see how they held up. While these Italian-made boots require a healthy investment ($410), they prove an absolutely bomber option with rubber and construction that can stand out to almost anything.

CRISPI® boots were born in the Italian mountains. In 1975, Alessandro Marcolin brought his vision of a better boot alive. From the beginning, the brand has focused on its main tenets of “progress, evolution, and innovation.”

Italian leather has always been sought after for workmanship and quality, and CRISPI® boots are no different. In four short years, Marcolin expanded into France, Switerzland, and Germany — adding Japan, Norway, Sweden, Finland, Canada, and the U.S. by 1984. 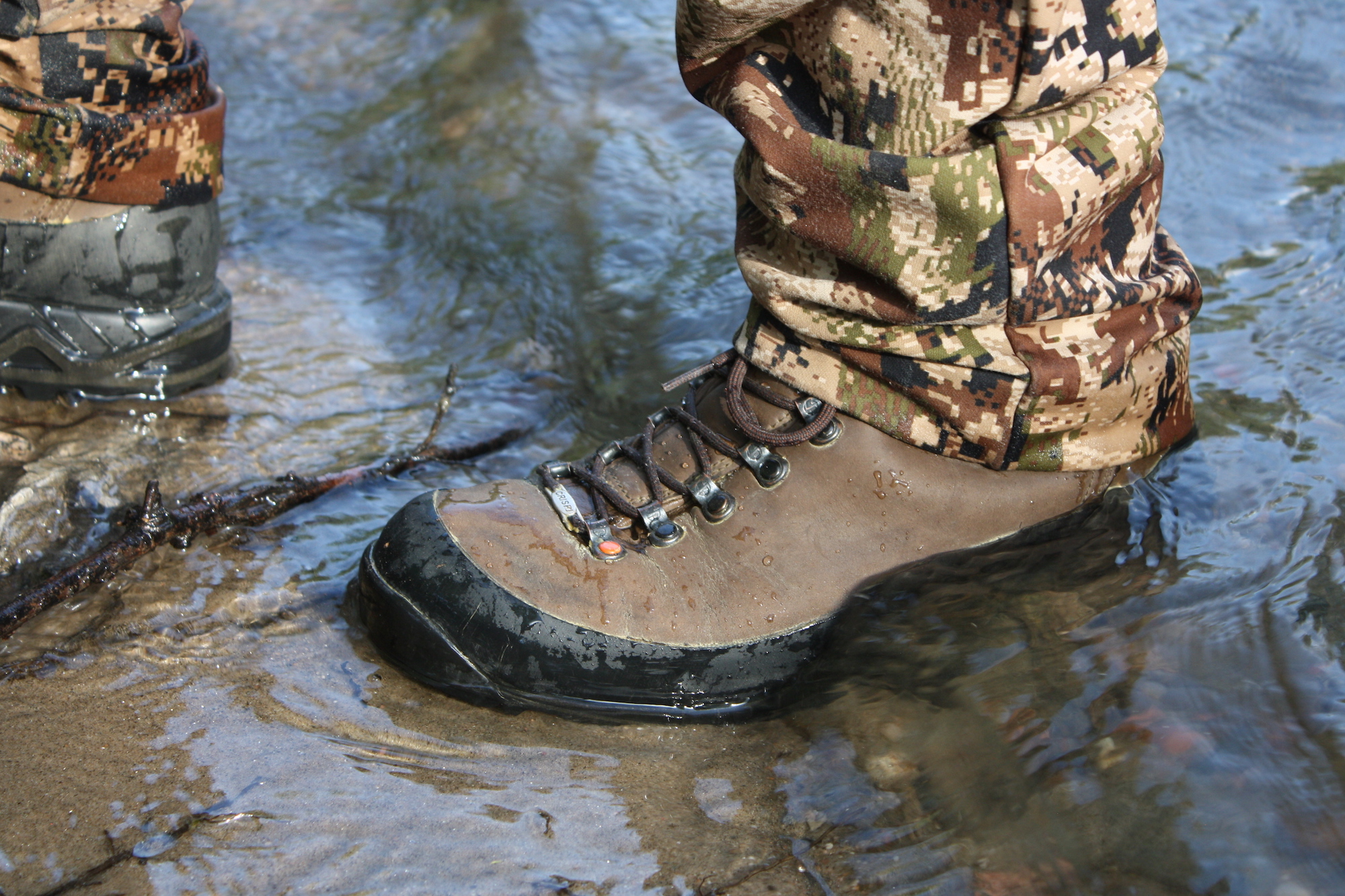 At a glance, I decided to give the CRISPI® Nevada Legend GTX a try during Colorado’s spring shed hunting and turkey seasons. My first thought was how great the Nevadas looked out of the box.

Regarding durability, the rubber that encased the boot halfway up as well as the minimal seams set my mind at ease.

Flipping the boot over, I was welcomed by a familiar Vibram sole. I put it on and found it to be very stiff, but not uncomfortably so. My ankles felt secure and protected — kind of like the boots were whispering to them, “We’ve got you.”

Top to Bottom: The Foundation of a Hunt 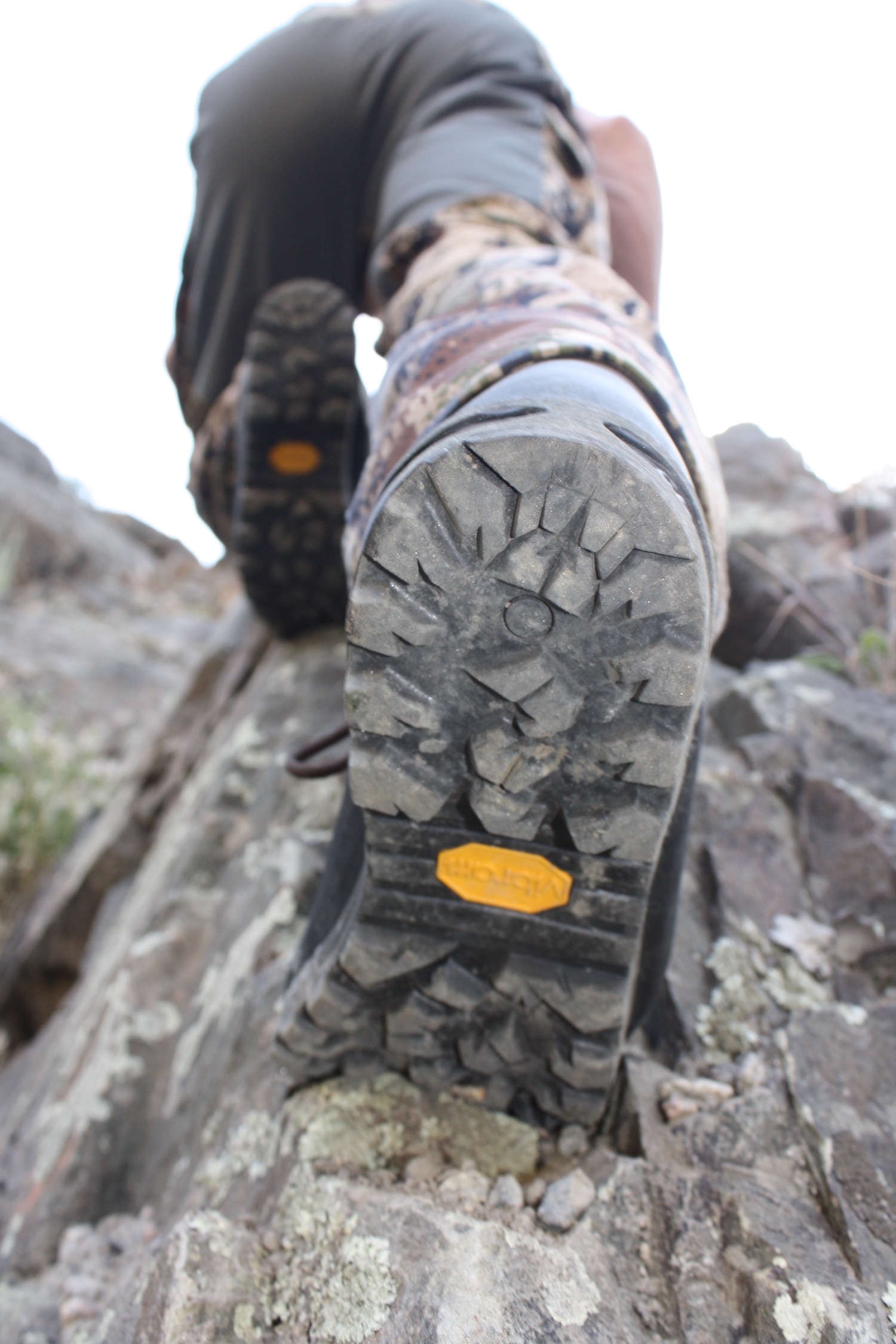 Springtime in Colorado can bring just about any conditions you can imagine, from climbing steep elevation changes in four inches of snow searching for Merriam’s turkeys to crossing rivers looking for Rios.

I hunted in the Nevada Legends for nearly two months chasing these birds in every situation imaginable, and the boots seemed to be begging for more. I intentionally didn’t condition the leather after it endured many dripping-wet nights on the boot dryer. Even looking like an old chew toy found under the couch, these boots did not leak!

This baffled me, but I also took it as a challenge. After a few more river crossings, I left them off the boot dryer to bake in the sun. After all, this is how they would dry in the backcountry, right? To my surprise, there was no cracking of the leather and still no leaking.

The inside of the boot held up just as well if not better than the outside. It retained its cradling support and forgiving cushioning. And I didn’t get a single blister from the dreaded break-in period onward.

Even when soaking wet, the brand’s “Crossbow” design held my foot in the footbed with little to no slip. And the Vibram sole CRISPI® uses stood up to the elements and harsh terrain.

Usually, I find soles are either too hard, becoming slick in cold and wet environments, or too soft, wearing out quickly. But the grip held on steep climbs and over wet rocks along the river. At the end of turkey season, I had to tip my hat to the CRISPI® Nevada Legend GTX boot. 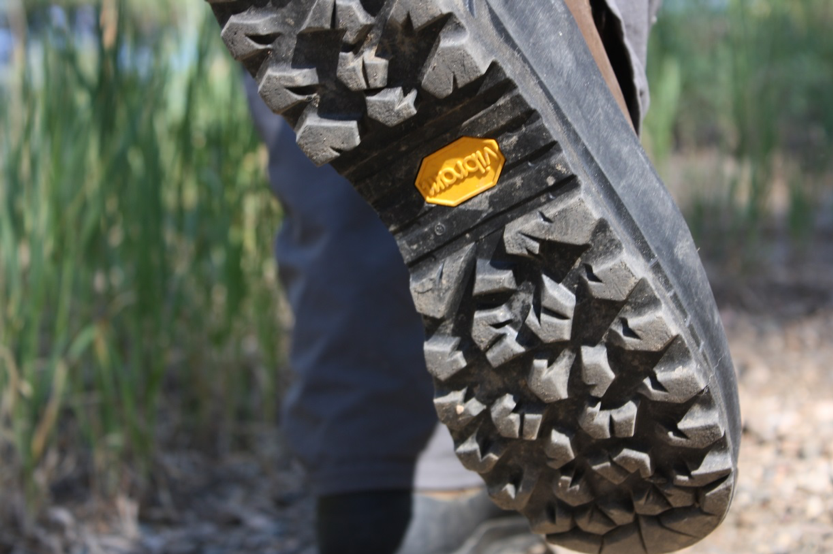 The Good, the Bad, and the Subjective

This boot offered a number of upsides. CRISPI’S® design cradles your ankle and provides much-needed support on steep climbs and downhills. The rubber that encompasses the entire bottom half offers protection from sharp rocks as well as durability, adding longevity to the boot’s life.

Gore-Tex waterproofing keeps feet dry in the wettest conditions and adds breathability. And the Vibram soles were everything I needed: They didn’t get hard and slick in cold conditions and felt tacky in wet conditions.

But there is no “perfect boot.” Perhaps the biggest con with the CRISPI® Nevada Legend GTX is the price tag. At NZ$599 it’s a pretty serious investment.

I also had an issue with the lacing – specifically, the hook on the tongue. If the boot was laced too tightly, the hook tugged into the top of the tongue and became an annoyance. I found loosening the laces slightly alleviated the problem. 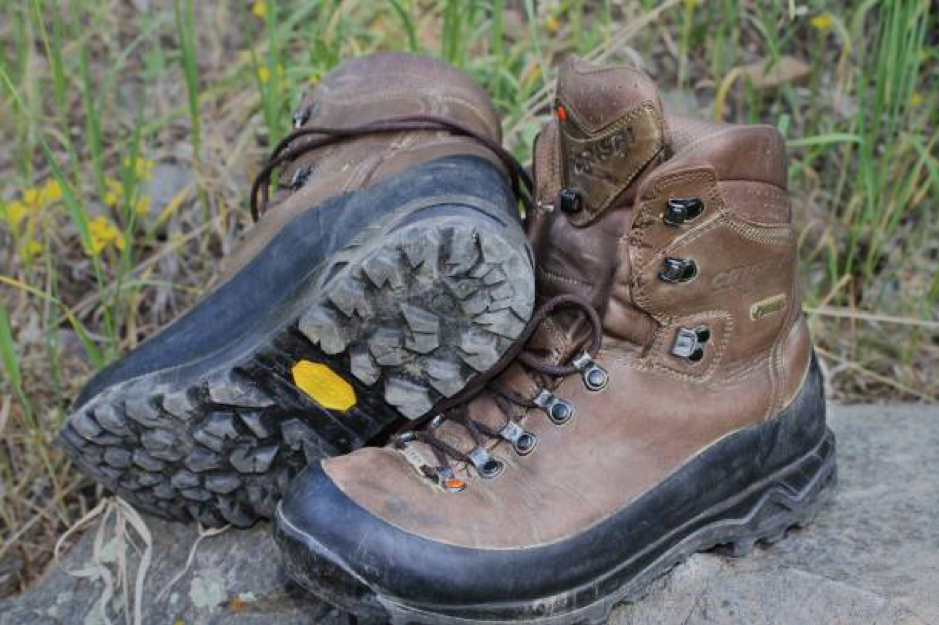 Finally, the CRISPI’S® 200 grams of insulation wasn’t enough to keep my toes warm early in the morning when sitting for long periods. However, this is subjective, depending on people’s subjective tolerances and activity levels.

After a hard-fought season, the CRISPI® Nevada Legend GTX held up perfectly and exceeded expectations. The leather demonstrated surprising durability and water protection, even when neglected.

On that note, I should mention that anyone who invests in a pair of CRISPI® Nevada Legends should care for them better than I did. I abused these boots and allowed the leather to dry out for the purposes of testing. Owners would be wise to maintain and care for these boots as they would any valuable leather product.

The primary downsides I found were the price and insulation. At $410, these boots present a formidable purchase. But again, the durability and utility, for me, justify the price. And while I personally felt the boots’ insulation allowed some morning chill to creep through, others may find it adequate for their purposes.

I’m happy to say that this is the boot I’ll be wearing in the backcountry this year to chase big game.

By Caleb Vanwagner August 6, 2018. Caleb Vanwagner is a Colorado-based father, mountain hunting guide, and feverishly enthusiastic fly fisherman. Billy goat turned man, you can consistently find him at over 11,000 feet glassing his next animal of pursuit.